The winners of the 2019 BGA image competition are:

1st: Rebecca Schlegel (Swansea University). “From fieldwork in 2018/19 in West Antarctica. In this picture, a scientist experiments with different sources and source offsets to acquire seismic reflection data. A detonator was placed on top of a glacier pole, next to the receivers, and everyone involved had to stand still, in silence, while waiting for the shot to fire. Not an easy task in temperatures as low as -20C and poor visibility! Our patience paid off: a beautiful seismic dataset covering the whole ice column was our reward.” 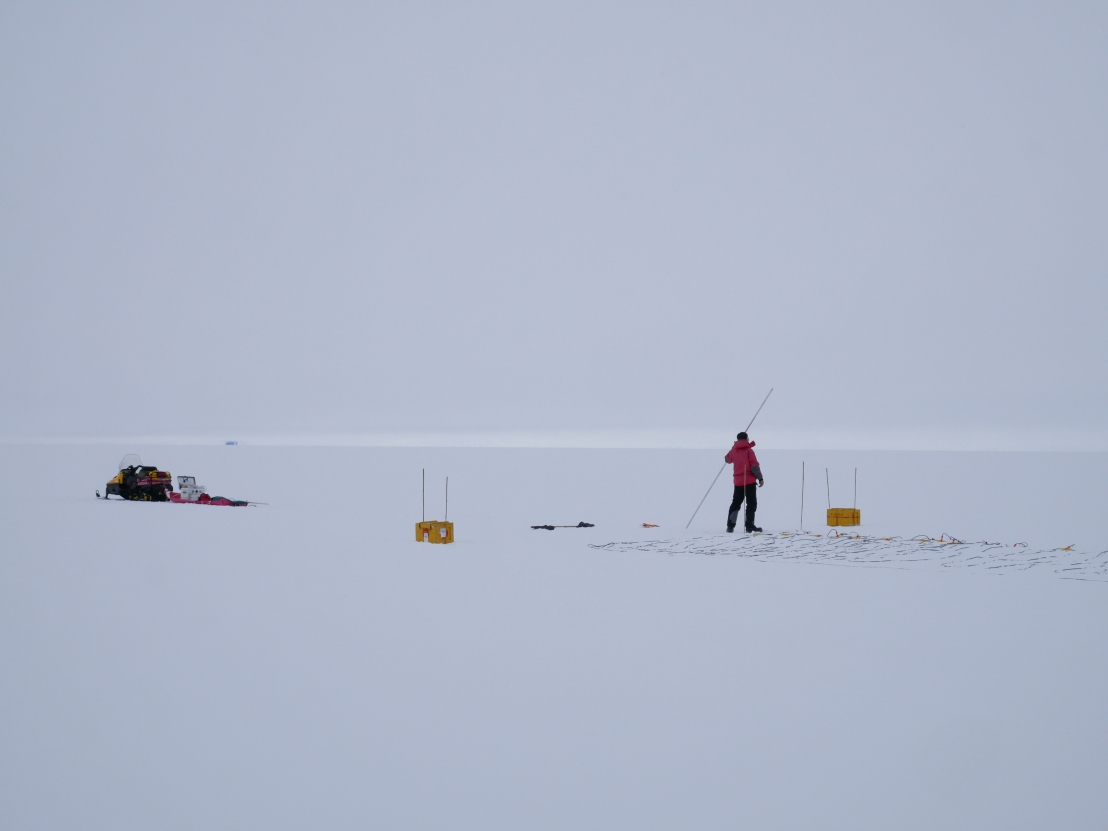 2nd Benjamin Fernando (University of Oxford). “This image is part of a set of synthetic wavefields generated for an actual earthquake which happened in New Guinea in April 2015. The idea is that running synthetics using high-performance computing enables us to understand what physical effects and processes are responsible for the waves that we actually observe on the Earth. In this case, we’re trying to quantity the effects of seafloor bathymetry, that is, what effect do changes in ocean depth have on seismic wave propagation? ”

The winners of the 2018 BGA image competition are:

1st: Rich Jones (Durham University): “Retrieving science toys amongst the sea ice. Ocean monitoring equipment can be left for weeks to years, but at some point need to be retrieved. This time the ship had to calve up the sea ice in order to access the prize, which then just needed to be cautiously hooked from the side of the ship.” 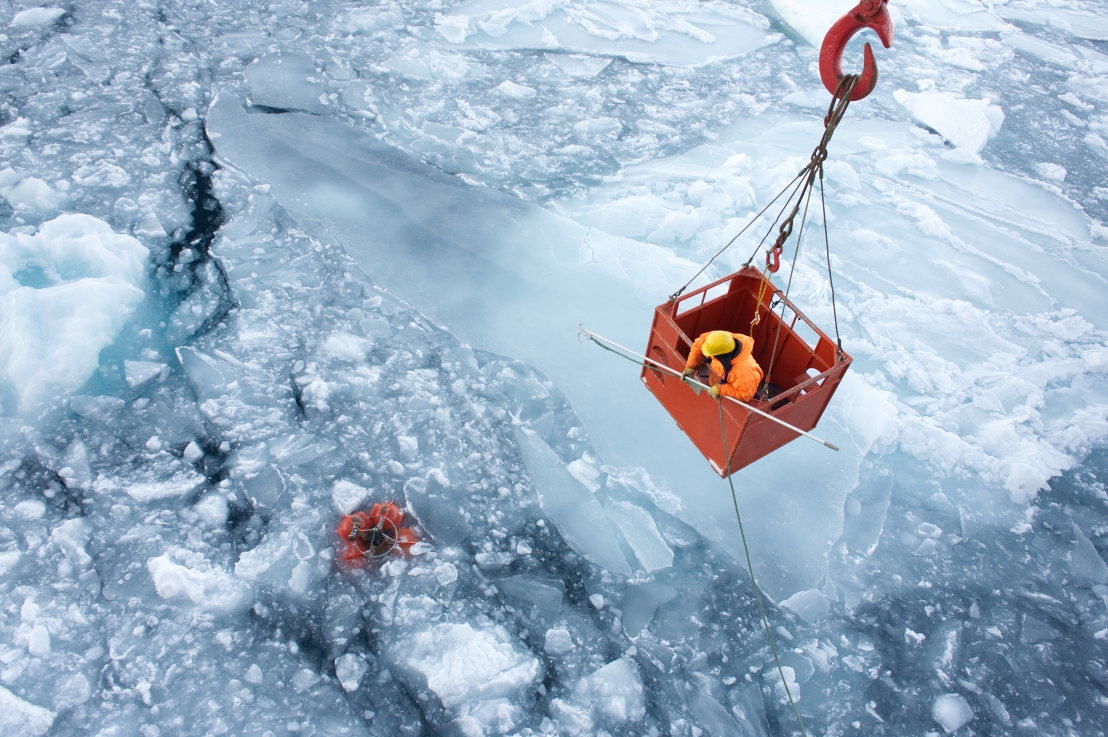 2nd: Ben Davenward (Keele): “From my recent fieldwork and subsequent processing in Skaftafell National Park, where I carried out UAV and EM-31 surveys over dead ice topography in order to identify the horizontal extent of buried ice. I will be returning to carry out repeat UAV surveys and resistivity surveys to identify vertical extents in March 2019.” 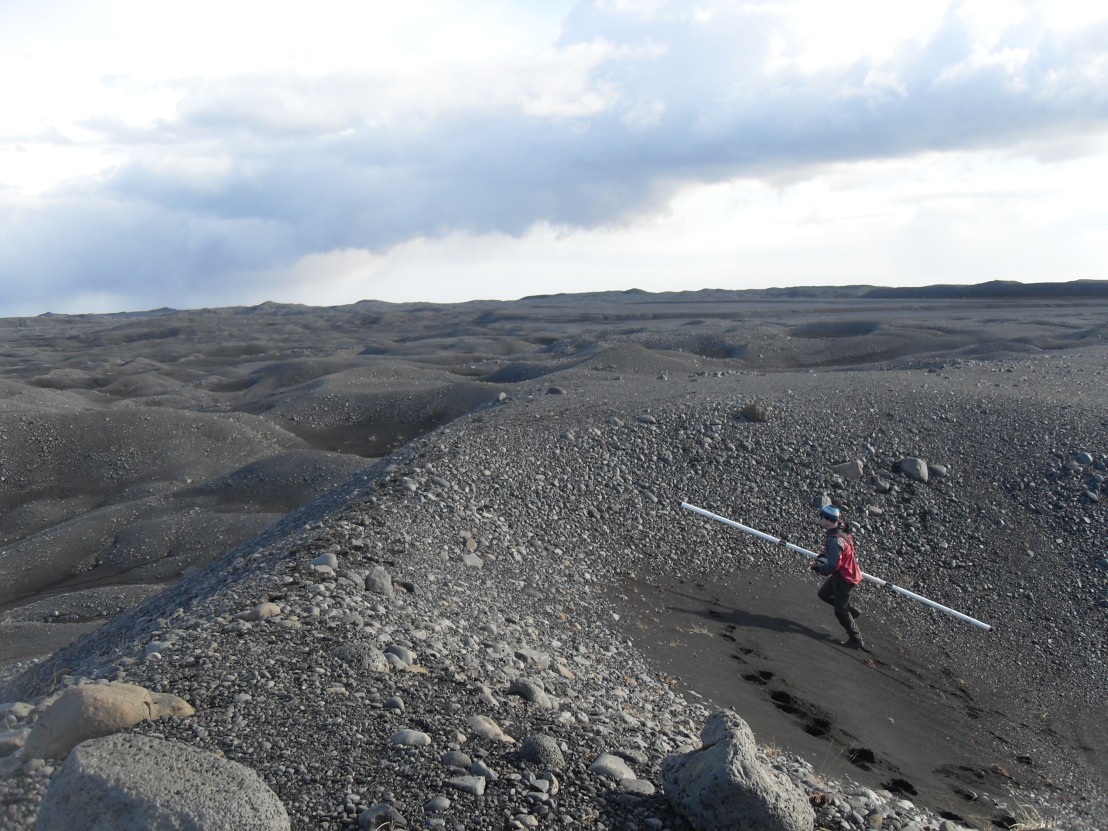 For past winners see here. Also look out for the “Geophysical Image of the Month” via Twitter @britgeophysics